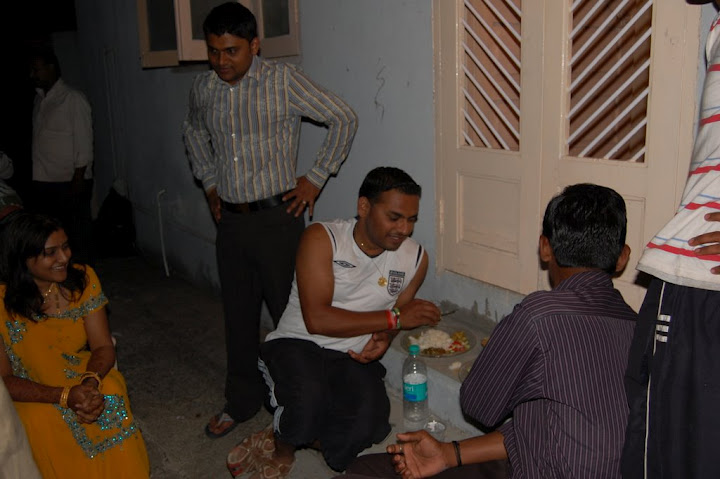 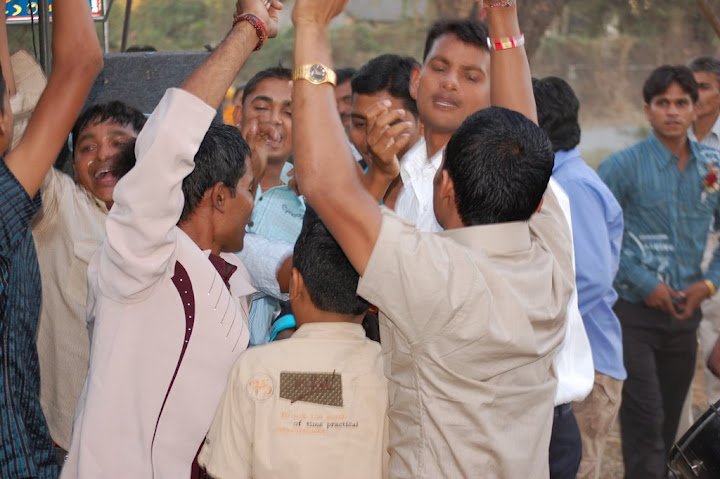 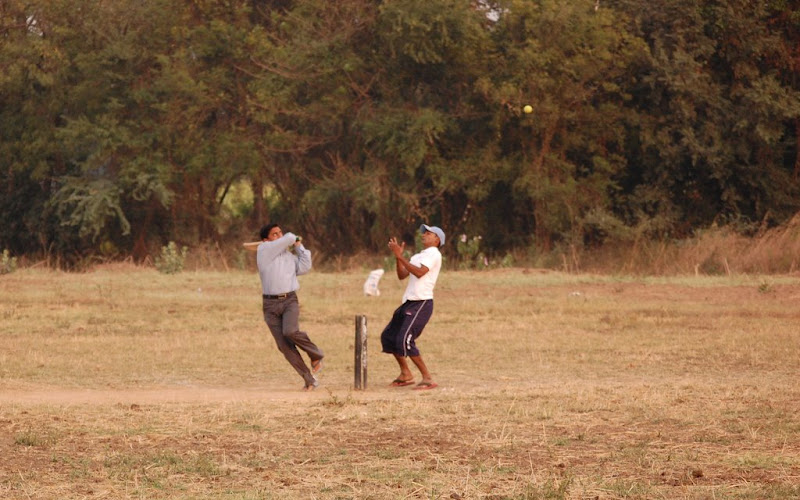 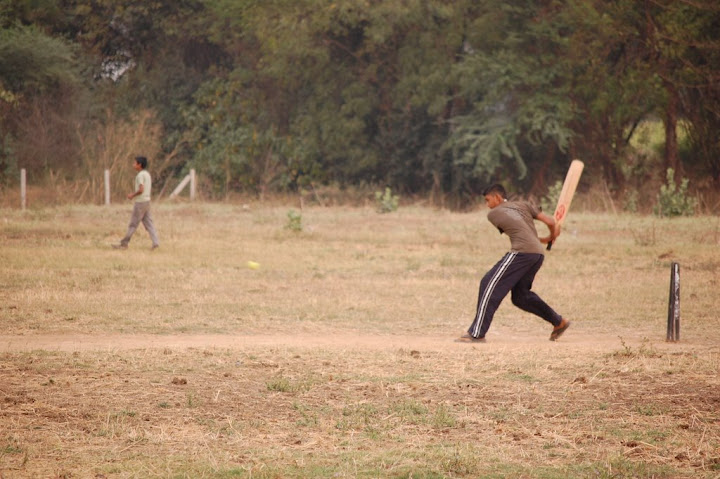 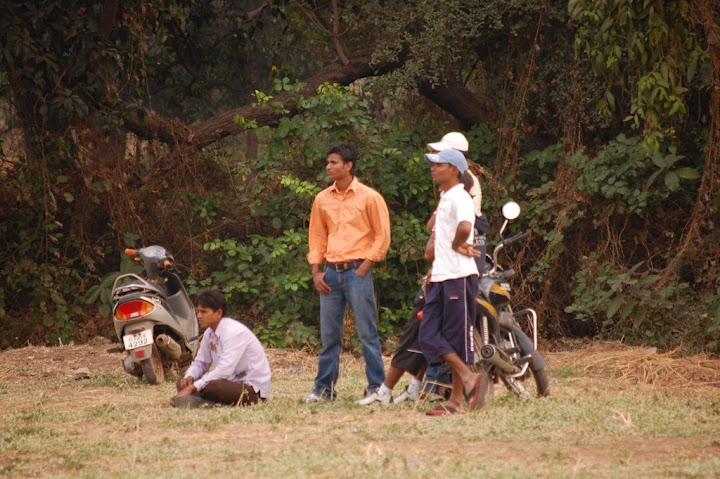 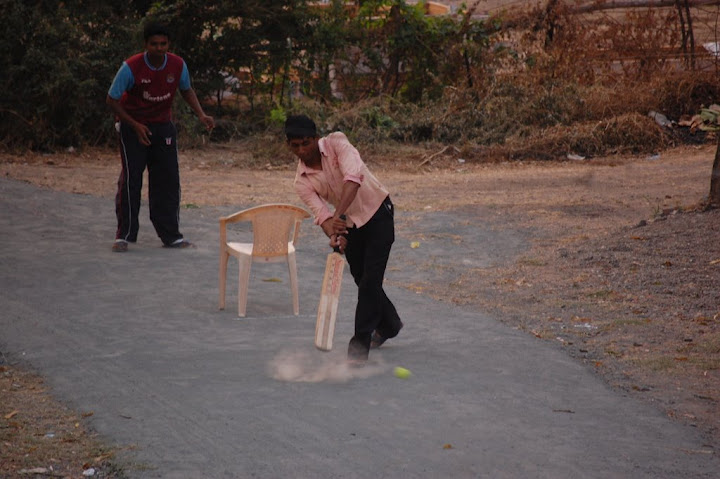 (Here is a very short introduction to Bharatnatyam before I introduce the Arangetram of Bijeshree Jagdishbhai Jashmat Patel of Nani Pethan from our Mandhata Samaj).

Bharatnatyam is one of the oldest form of Indian Classical Dance and still the most famous and widely performed and enjoyed, not only in India but in many parts of the world, both by Indians and others. Even today the Bharatnatyam performed at its highest perfection have (in the words of Ruth St. Denis) “the power to reach out and touch and become a means of communication between soul and soul to express what is too deep, too fine, for words.

The root of all Indian Classical Dance forms, including Bharatnatyam, evidently emerged from distinct dance formations based on the literary works found in the Bharat’s ‘Natya Shastra’ dated 2nd Century BC. The original literature work written on palm leaves can be still seen at Tanjore Library.

It is said that all dance forms are structured around the nine rasas or emotions. Hasya (happiness), Krodha (anger), Bhibaysa (disgust), Bhaya (fear), Viram (courage), Karuna (compassion) Adbhuta (wonder), and Shanta (serenity). The different kinds of postures, the mudras or the different formations by hands or movements of head, eyes and eyebrows or different facial expressions each depicting a particular meaning, inspiring to one several of the above emotions.

Bharatnatyam dance can be best symbolized by dividing into nritta (the pure and rhythmic), nritya (dance to an expressive posture) and natya (the dramatic mode). To perform and appreciate Bharatnatyam, one has to understand the Indian folk melodies as  most dance forms take their themes from India’a rich mythology and folk legends.

A Bharatnatyam student has to undergo years of rigorous training and practice regularly under a trained teacher to master the control of expressions through body posture, facial mobility and hand movements.

After years of regular dancing practice, when the Guru (teacher) feels that the student is ready to perform she/he is presented on the stage for the performance of classical dance for the first time in front of the public in an ARANGETRAM.

Arangetram means ascending of the stage. It is the first stepping stone towards the art of Bharat Natyam and in this programme the student dancer displays her full personality and ability as a Bharat Natyam Dancer.

This is a rare occasion and only a student who has patience and devotion towards the art can reach the stage of Arangetram. It is a formal introduction of the student to the stage.

It is an auspicious day for both the Guru (teacher) and Shishya (student). It signifies the pupil’s transition from being a student to a mature and accomplished performer.

Arangetram consists of a set programme of nine classical Bharatnatyam dance performances each depicting a multiple of human emotions and lasts three hours.

Performed in the presence of world renowned Bharatnatyam scholars, critics, teachers and public, this is a test of her/his achievement in this divine art form.

At this time she is still studying and possibly go on with her graduate studies.

Her Arangetram took place on 9th December 2012 at The Tata Hall l in Navsari in the presence of Prof. Shree K A Ganeshji, Sister Joyena of S. F. A. Covenent High School, Shree Pravinbhai Patel,

B K Gitaben, several dignitaries and students from the world of dance and music. The foyer of the Tata Hall was specially decorated with Ragoli which included the bust of Daxaben. The hall was jam packed with dance lovers from all over the Navsari District.

I and my wife during our visit to Navsari in December were invited to attended her Arangetram. It was a most wonderful dance programme and we are most grateful to Bijeshree’s parents.

This Arangetram was a joint programme with two of her equally well accomplished friends, Meghavi and Shefali, studying together with Mrs. Daxaben.

The photographs below give a glimpse of her big day. 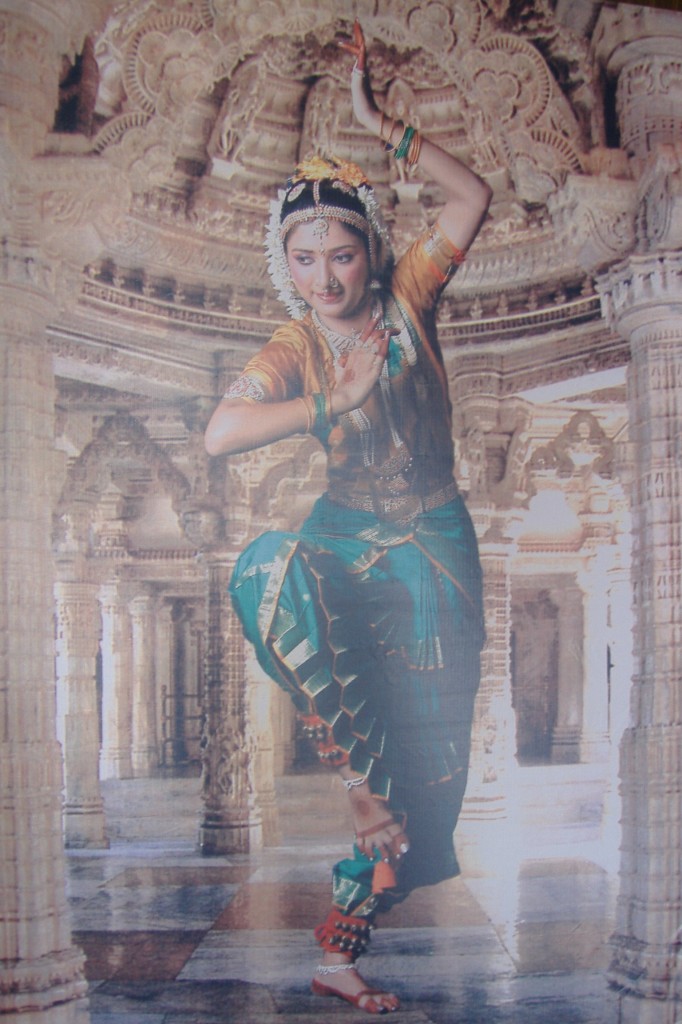 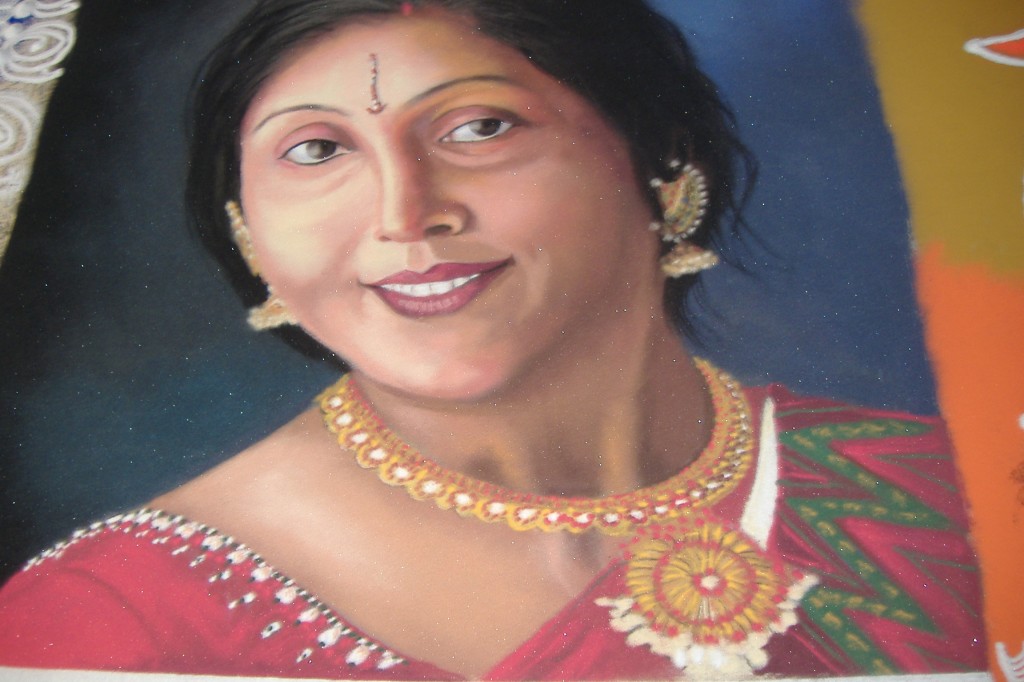 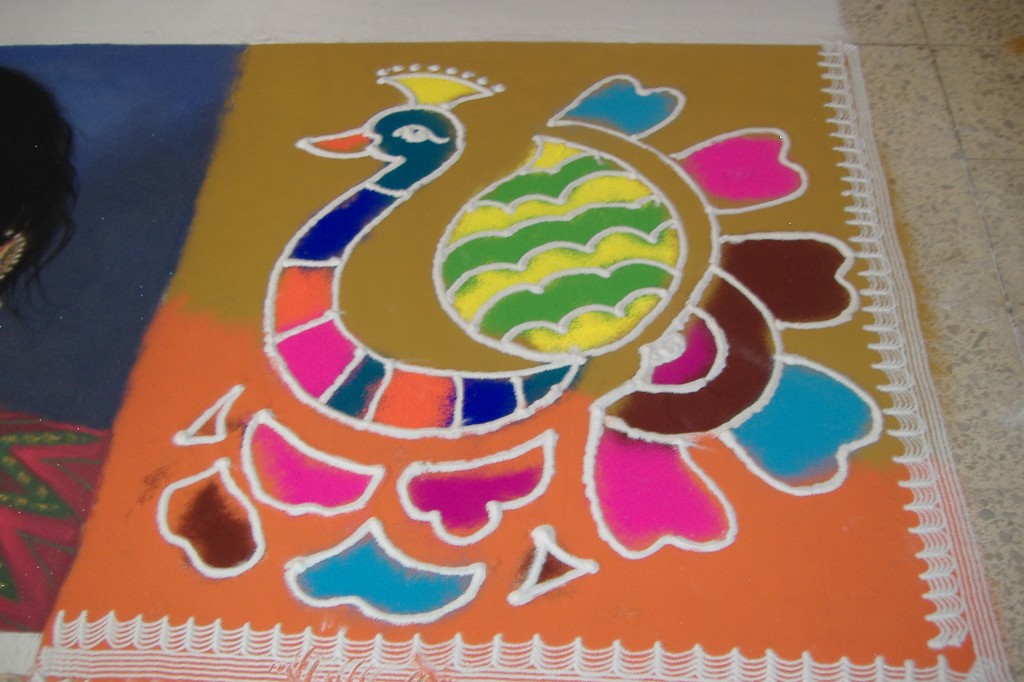 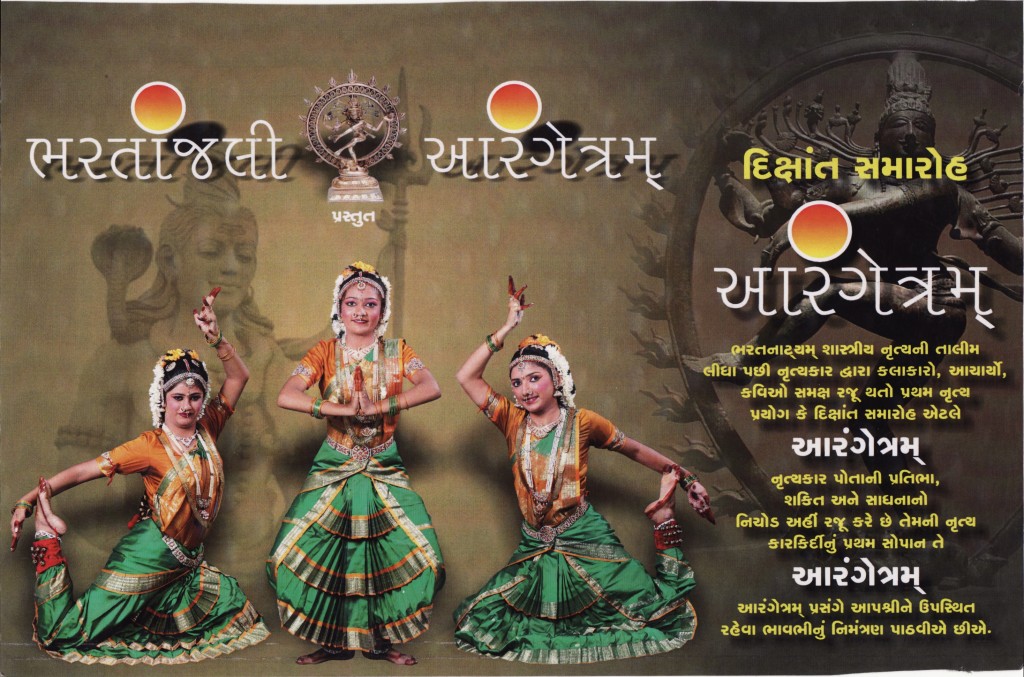 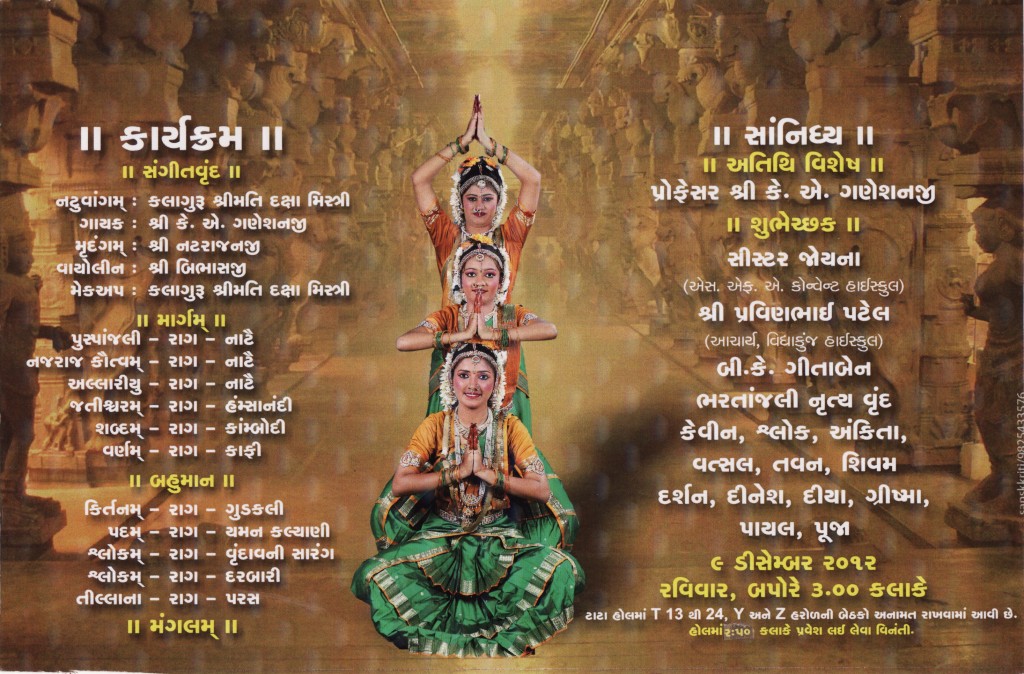 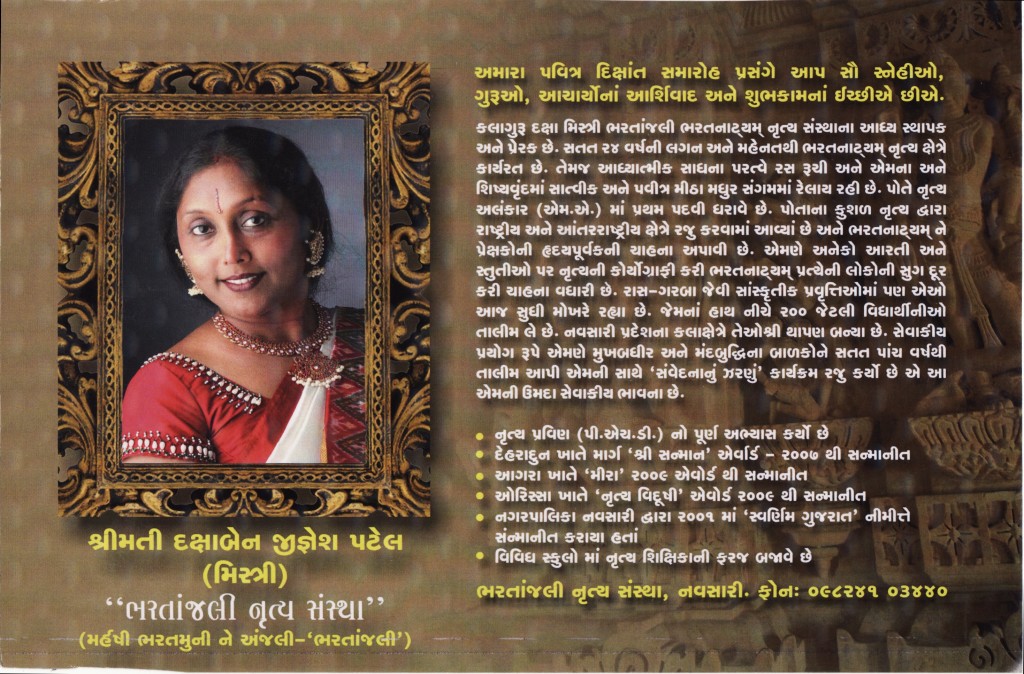 Write up on Mrs. Daxaben Patel - their Guru 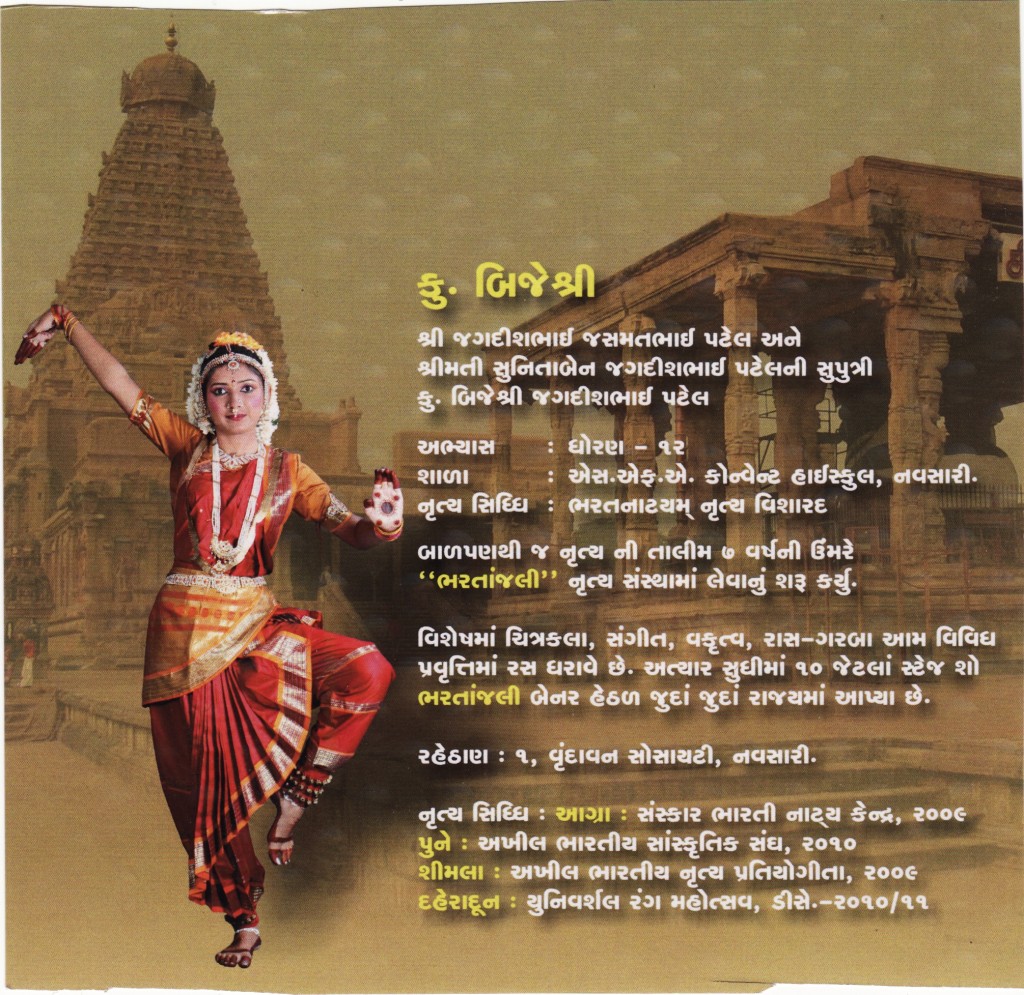 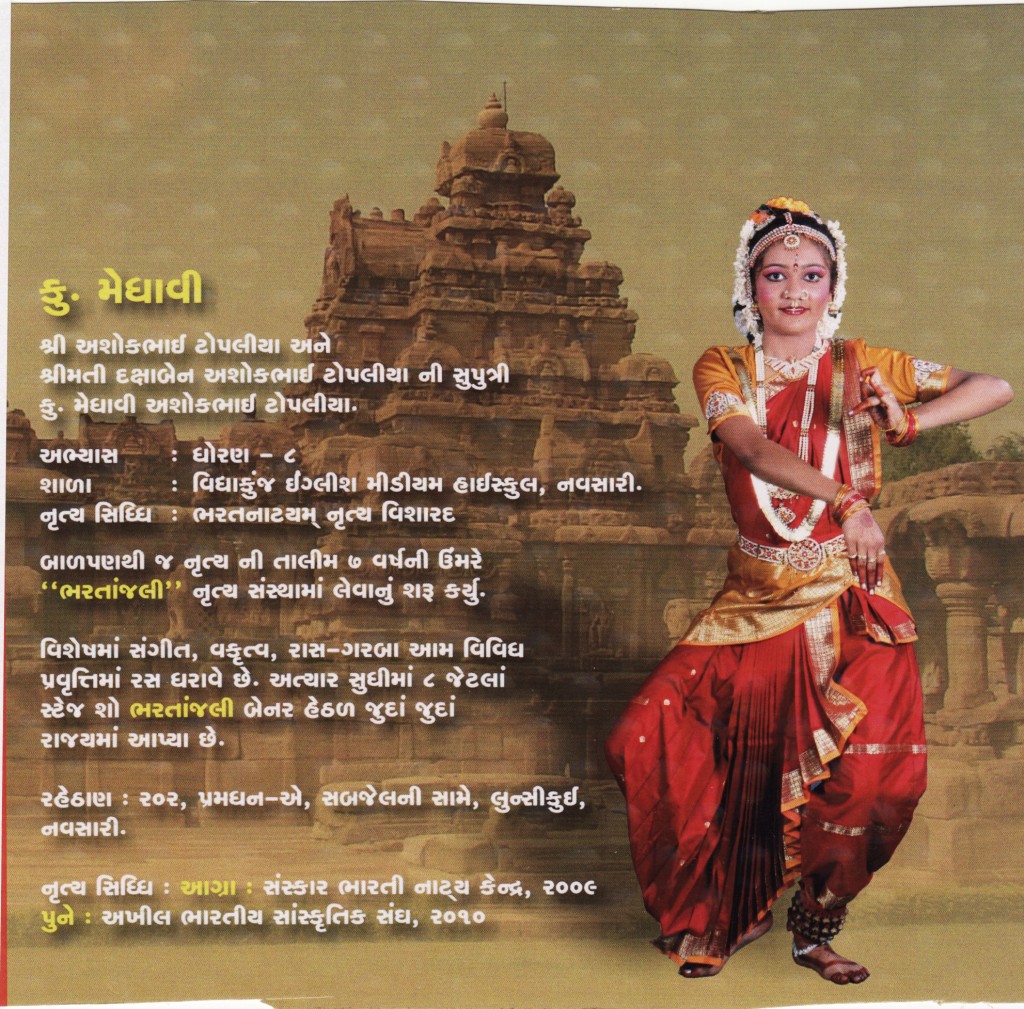 Write up on Meghavi 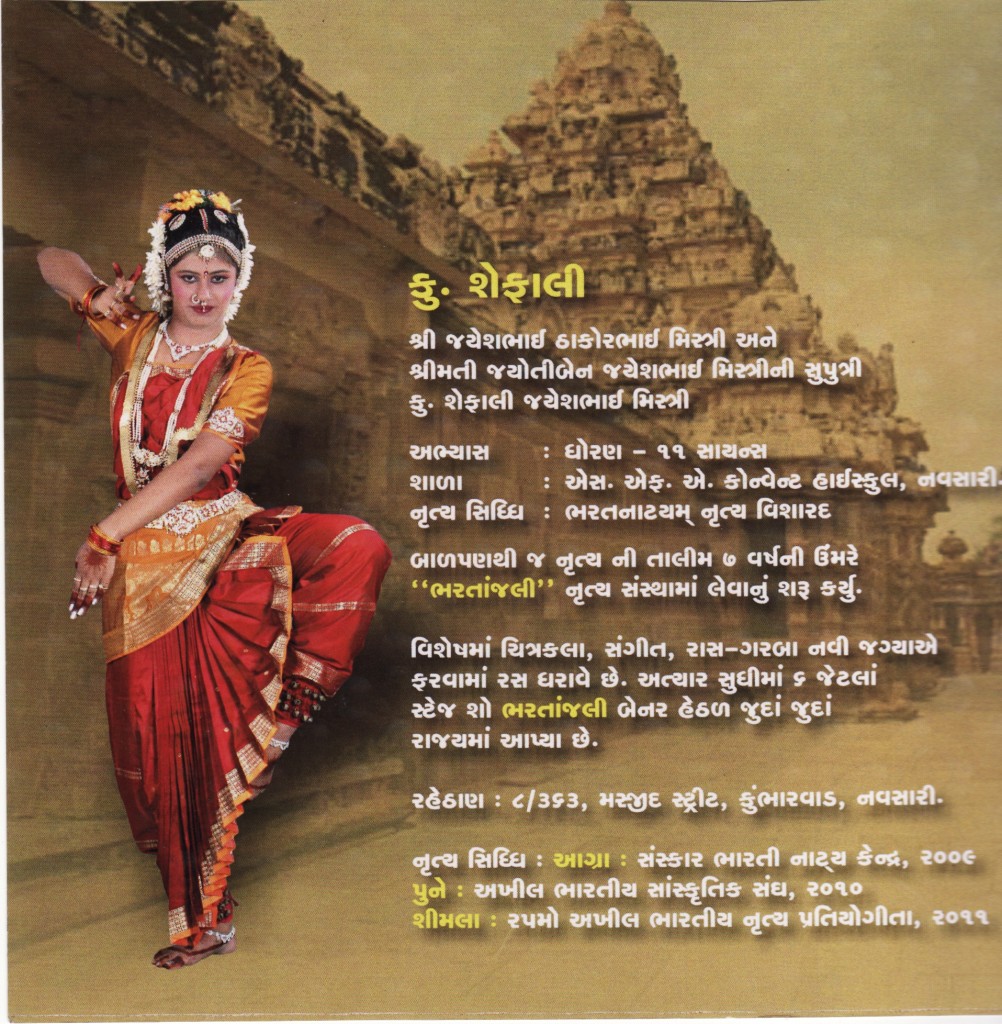 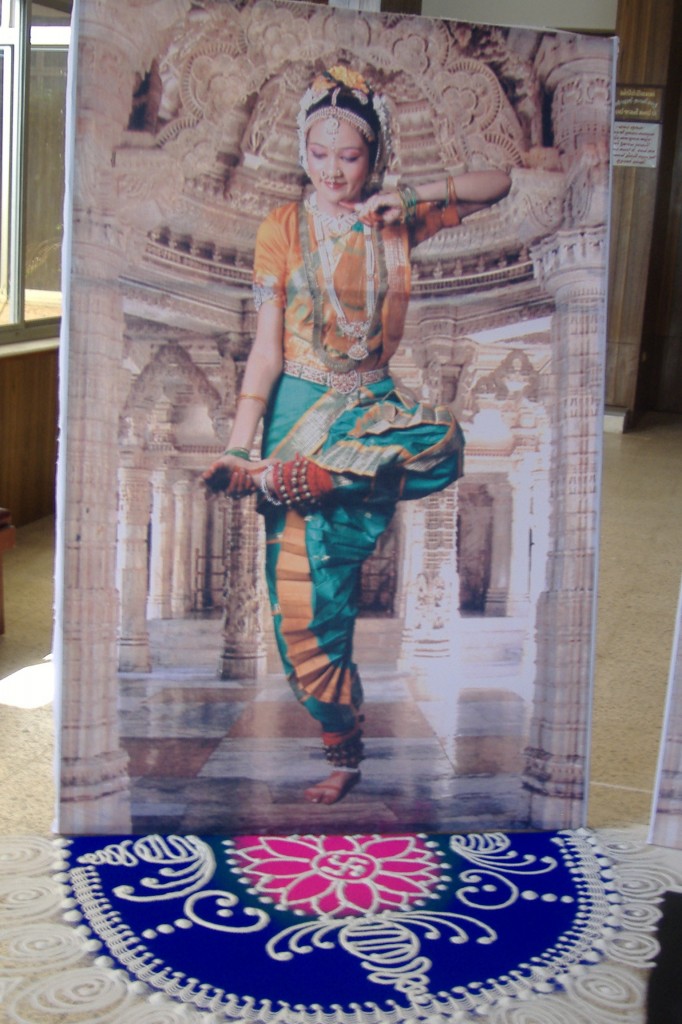 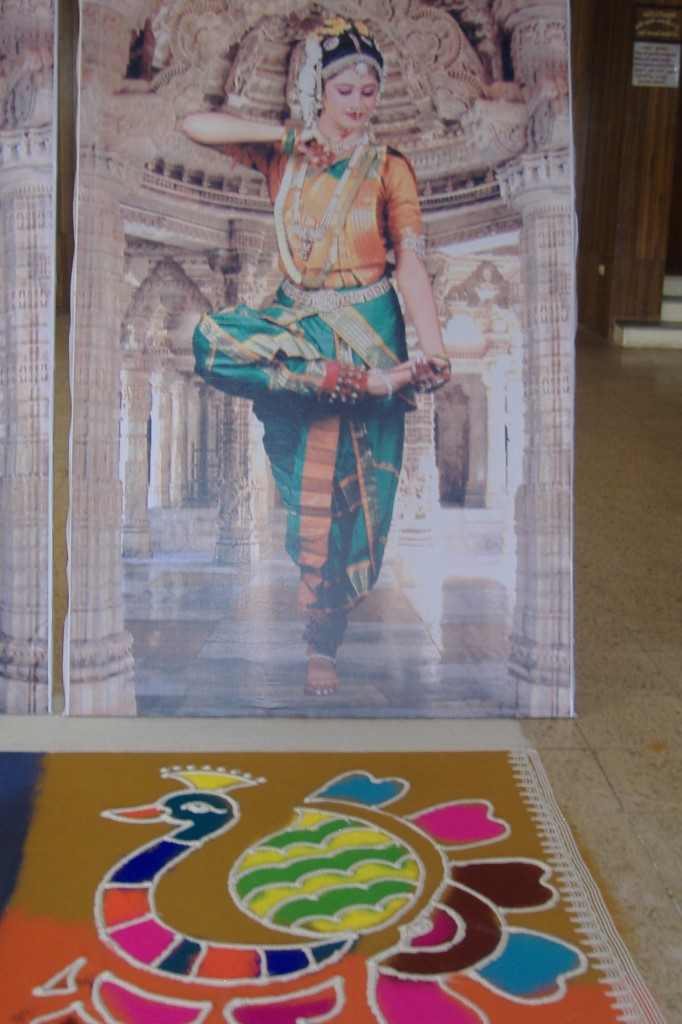 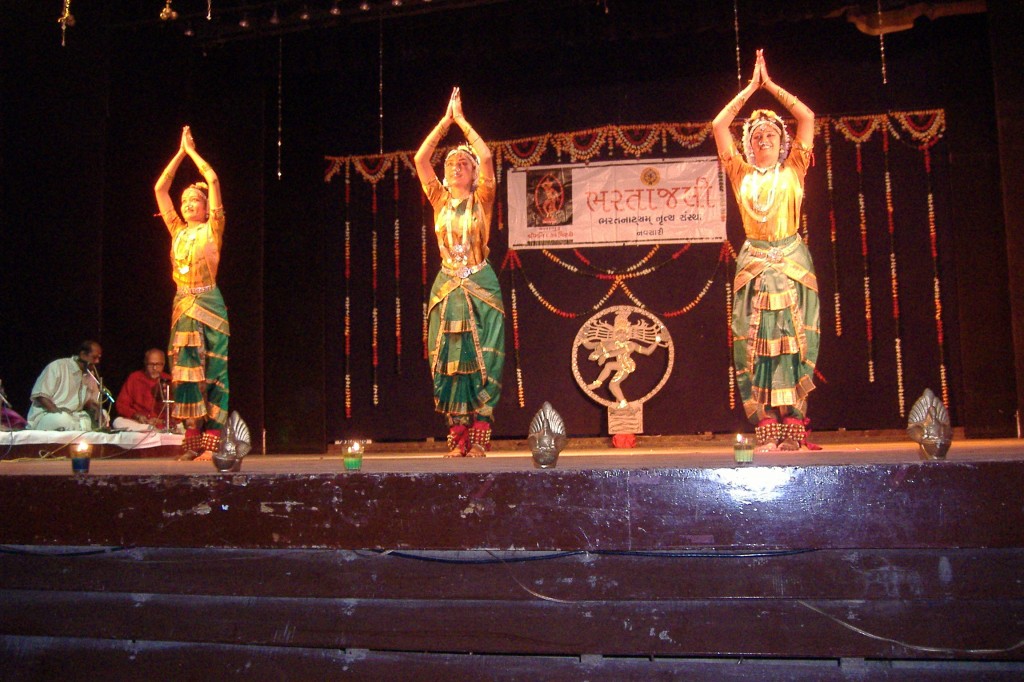 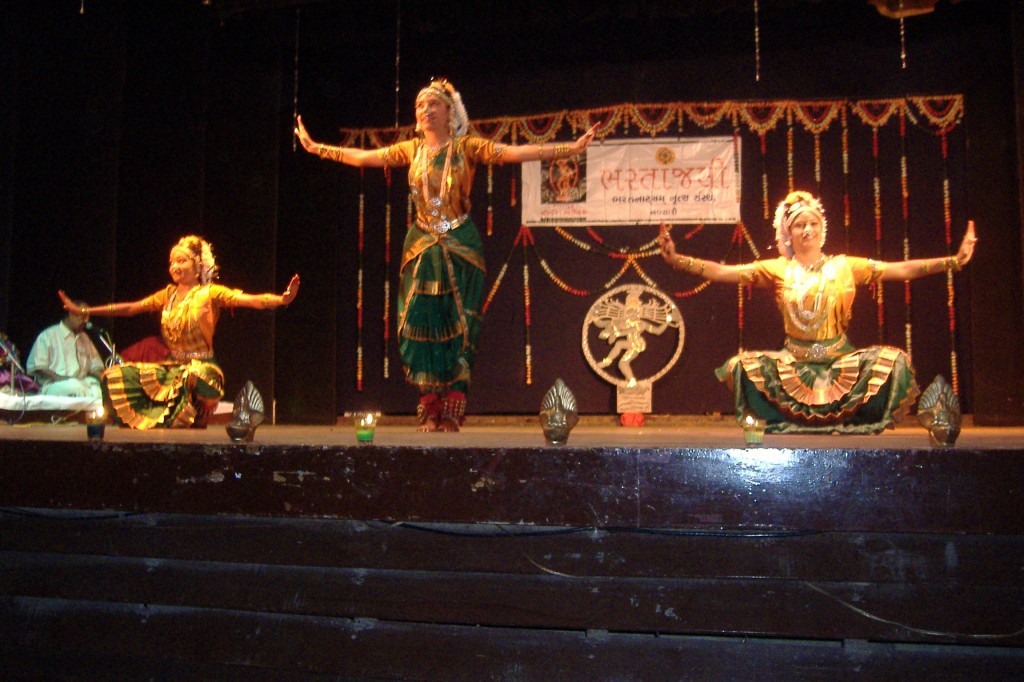 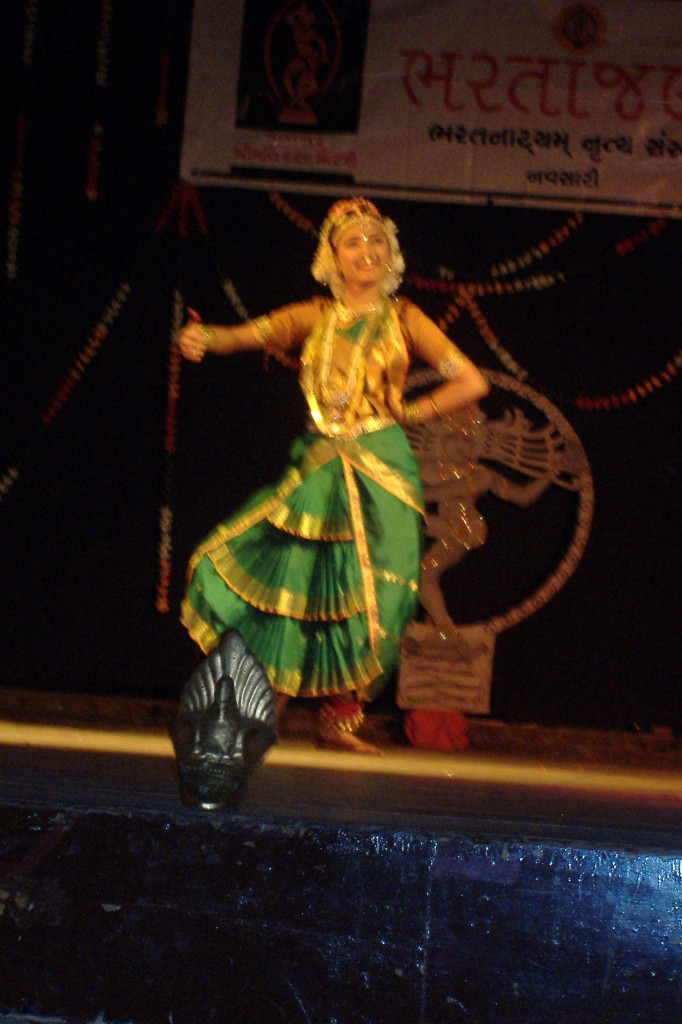 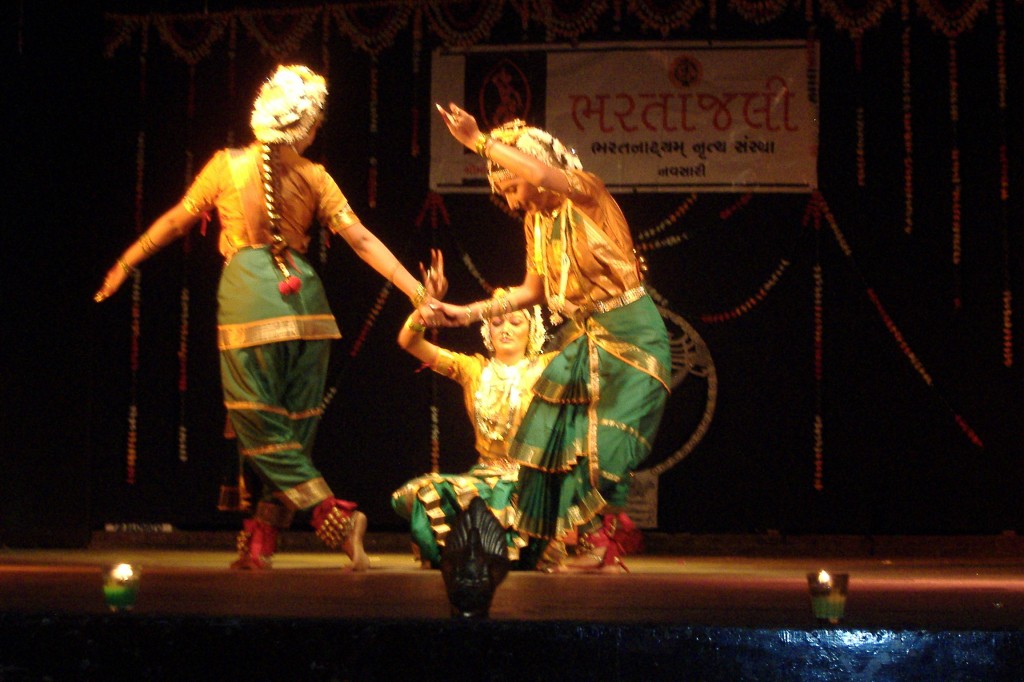 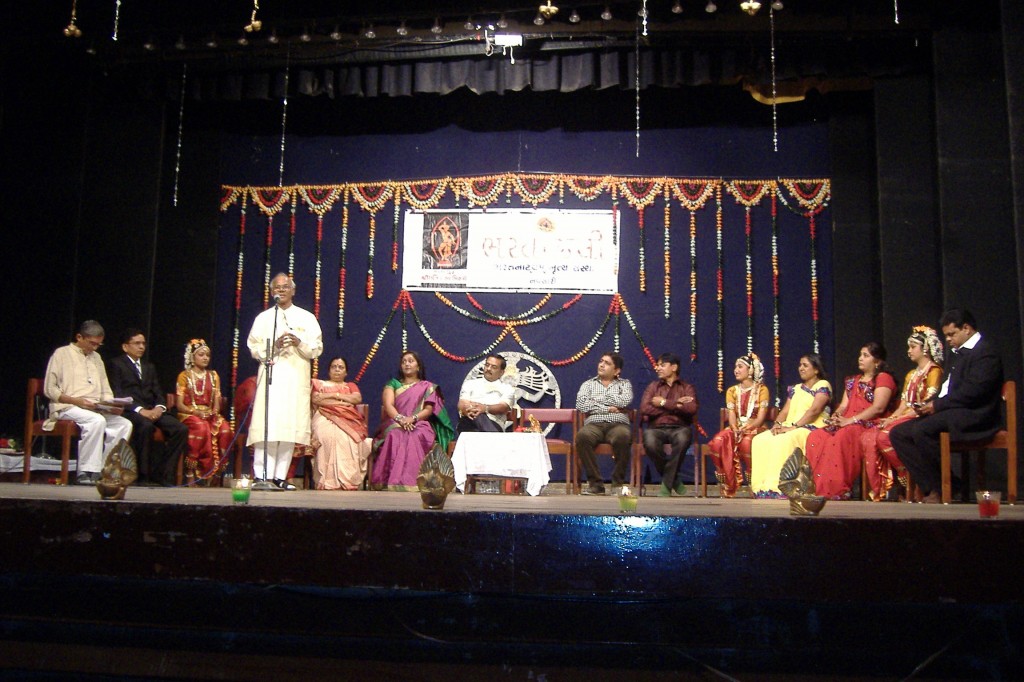 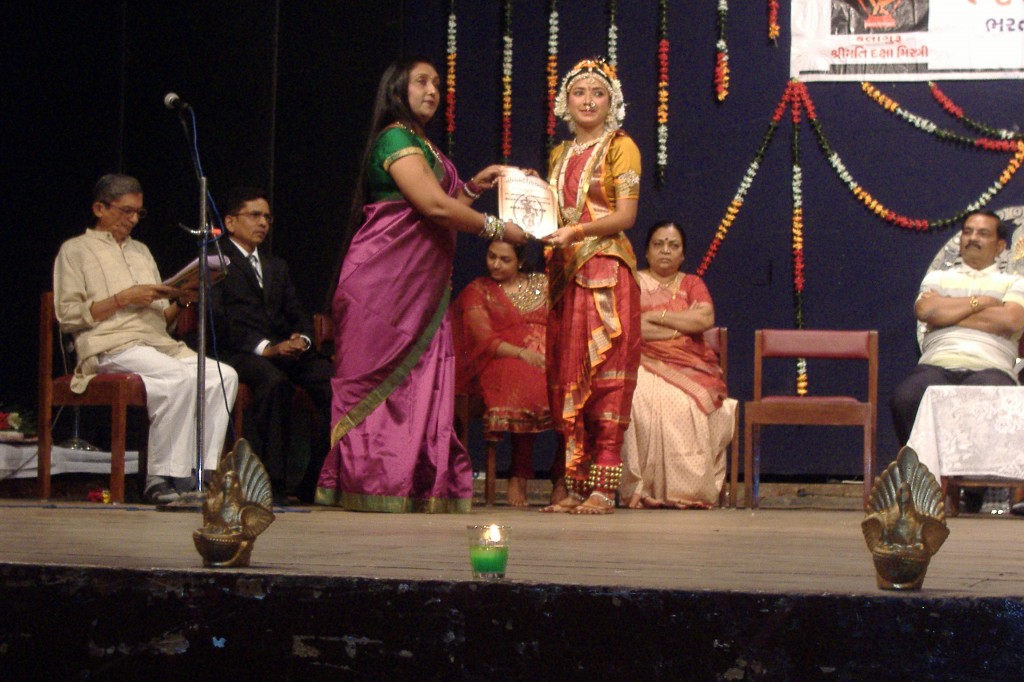 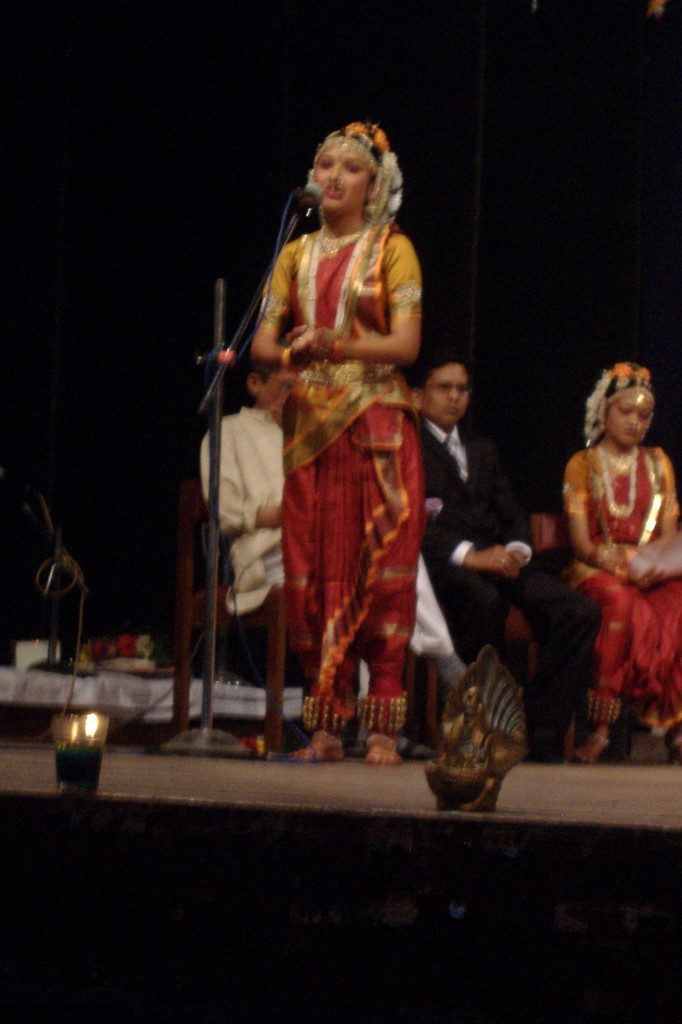 Bejeshree expressing her joy and thanks.