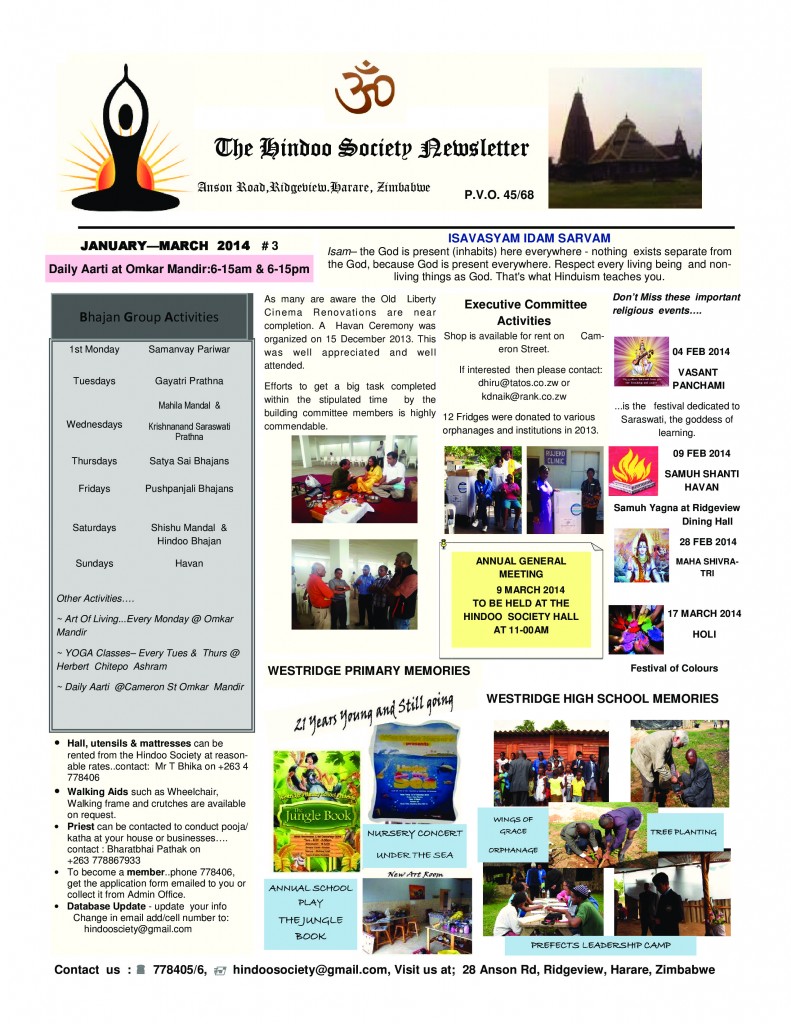 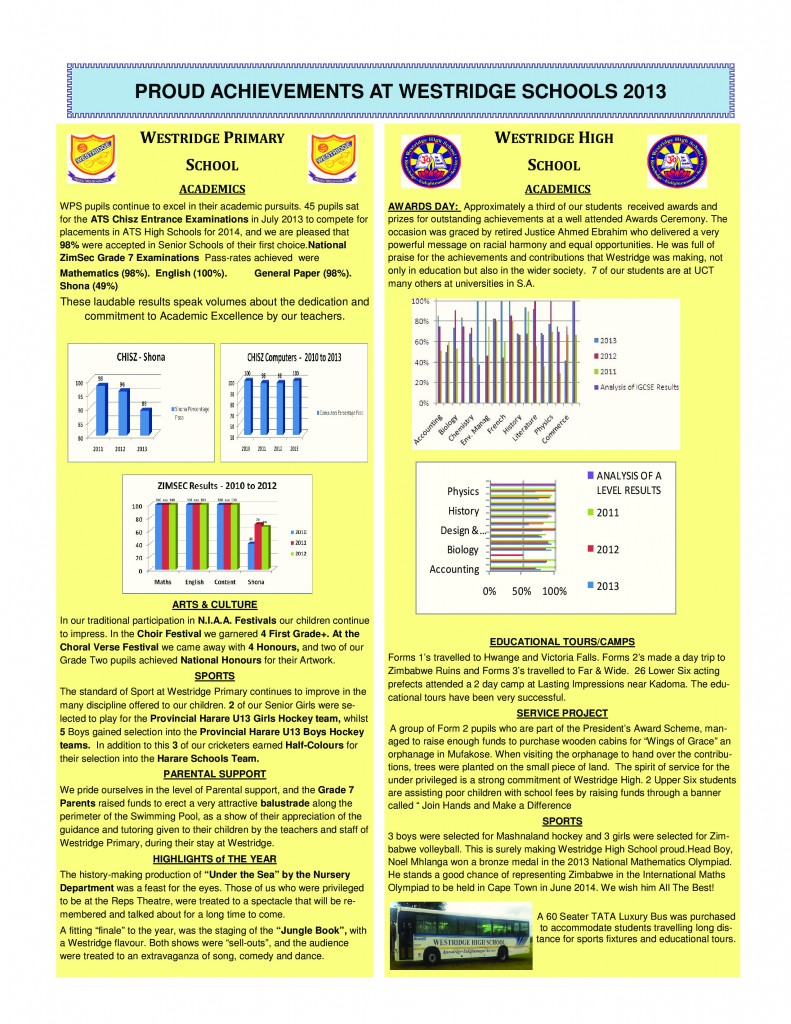 In the nation which brought the elephant back from the brink of extinction, there is a small sanctuary for Hindu dharma. Three thousand Hindus comprising 500 families live in Zimbabwe – mostly in the capital city of Harare. This community, representing all sects of Hinduism, has taken several initiatives to keep Hindu traditions alive so that future generations can live according to dharma. Their methodology is not to impose values on youngsters but to teach them Hindu lifestyle so that they develop understanding and respect for their religion. Sixty years ago, the Hindu Religious and Cultural Institute (HRCI) was founded to achieve this end. The HRCI is dedicated to teaching the Sanatana Dharma to children born into Hindu families of Zimbabwe, but non-Hindus can also study there.

The first Hindu temple in Harare was very small and was located in a congested part of town. So the HRCI embarked upon the construction of a new temple. Designed to accommodate large crowds during major festivals, this new temple, currently under construction, is a large building surrounded with plenty of parking space. The Hindu Deity, Onkar Maha Prabhu, will be its presiding murthi.

The temple design is the unique brain child of a European architect commissioned by the society. For two years this architect extensively toured India, Thailand and the Far East to study the construction of ancient Hindu temples. The result was a unique design successfully combining eastern and western influences. The inspiration for the Shikhar (high tower where the flag is hoisted), for instance, came from the temple of Somnath in Gujarat. India. Yet, the adjacent hall and other buildings are either the artist’s creation, or a very pleasant combination of various architectural styles. The overall effect is imposing and beautiful. The project is expected to cost as much as four million dollars when complete.

What About The Children?

Children from six to eleven years of age attend classes at the Institute on Monday, Wednesday and Friday afternoons, because most formal schools close at one PM in Harare. For those students who are in full-day schools, special classes are held on Saturday morning. There are seven classes offered daily, and at any given time 220 to 230 children are in attendance. The curriculum includes training in religion, social culture and language. In the study of religion the pupils learn mantras from the Vedas and the method of conducting havan yag.

Most Hindu parents demonstrate the Hindu lifestyle for their children through their example such as in their greeting and treatment of elders and guests. But formal classes presented at the institute stress a better understanding of Hindu tradition and the importance of proper social behavior and responsibility. Every year a cultural demonstration is presented by the students, which consists of drama, poetry, dance, music and more.

Most Hindu families who live in Zimbabwe still have links with India. But when children who are born in Africa go to India to visit their relatives, they are not able to communicate, because they don’t speak the language. For this reason the Gujarati language is taught. The institute also publishes books offering religious education for Hindus.

The institute receives donations. Also, each member of the society pays $50 per year. For classes, each student pays $75 per term, and there are three terms per year.

The HRCI also provides charitable support for orphanages and refugee camps and also organizes culture activities during festival times. Decoration of Puja Thali (round puja tray) for example is held during the month of April or May. Hindus from other towns of Zimbabwe come to Harare to participate in this and other cultural functions. This provides an opportunity for all Hindus to get together and exchange ideas. The Society arranges all accommodations for people living some distance away.

Devotional singing is very popular in the Hindu society around Harare. There are six groups of singers: Hindu Bhajan Mandal, Hindu Ladies Bhajan Mandal, Pushpanjali Bhajan Mandal, Gayatri Parivar, Samanvai Parivar and Sunday Group. These groups go to different peoples’ homes on invitation for devotional gathering. About 80 to 100 people attend. Each group has a fixed day of the week for their session. On every Sunday morning, many people attend a havan yag held in the local temple.

In Zimbabwe, last rites are performed for Hindus according to tradition, with one interesting twist. There are no sacred rivers in the vicinity of Harare. So during the Hindu cremation ceremony, ashes are not given over to sacred waters as they are on the Ganges in India, but are buried underground.

Hinduism is quite safe and has a bright future in Zimbabwe. The community around Harare is guided by Mr. and Mrs. Bhat, a fine Hindu couple from India are trained teachers from Brahmin families. Mr. Bhat performs all of the religious rites according to Hindu custom.