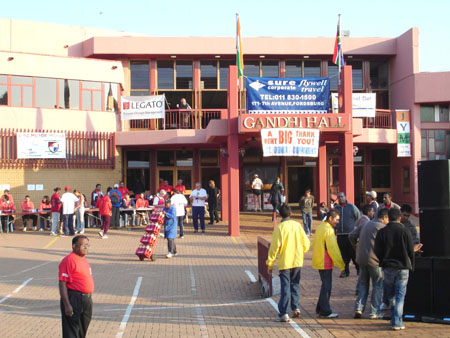 Speech delivered by the Honorable President NELSON R MANDELA on the occasion of the opening of the M. K. GANDHI HALL, Lenasia, 27 September 1992

I regard it as a privilege and great honour to be present with you today on this historic occasion, when we, once again pay a deserving tribute to the memory of M. K. Gandhi. He served his apprenticeship in South Africa for twenty one years and then as the Mahatma liberated through mass action, India from her Imperialist bondage. Gandhiji was a South African and his memory deserves to be cherished now and in the post apartheid era.

The Gandhian philosophy of peace, tolerance and non violence began in South Africa as a powerful instrument of social change. In the twentieth century this weapon was effectively used by India to liberate her people. Martin Luther King used it to combat racism in the United States.

South Africa has a legacy of racism and violence perpetuated by decades of apartheid rule. If the Mahatma was here today he would tell us that the root cause of the violence in our country is apartheid. He would have warned us not to allow the philosophy of divide and rule to sow seeds of division in or midst but to unite and restore human freedom to all South Africans.

I think that it is absolutely necessary to spell out here today what the Mahatma has meant to South Africa and to the rest of the world. And we must never lose sight of the fact that the Gandhian philosophy may be a key to human survival in the twenty first century.

The African National Congress has spearheaded the path to lasting peace in this country. Our initiative to negotiate with the government and the suspension of our armed struggle arose out of our desire to bring about and end to the systemic violence that apartheid created. Indeed to bring an end to the racial division apartheid implanted upon us.

We can say ladies and gentlemen that our decision to negotiate created new avenues for unifying our people of every race, colour or creed. The formation of the Patriotic Front is one case in point. Gandhiji would have acknowledge that the time we are in is difficult and dangerous and he would have pressed us to continue and to ensure that our liberation when it is finally achieved is not tentative but a lasting legacy to peace, democracy and unity.

The Gandhi hall of the Seva Samaj must become a focal point for the development of a non-racial, non-sexist South Africa. And if it does so then it will be worthy of the name of Mahatma Gandhi. It will be worthy of the name of those who followed in the footsteps of Gandhi in the 1946 passive resistance, in the 1952 Defiance campaign, the Congress of the people’s rally and the birth of the Freedom Charter in 1955. It will uprising, the united Democratic Front and the Mass Democratic Movement, steps in our history which resulted in the unbanning of the liberation movements and the release of political prisoners.

To the officials of the Hindu Seva Samaj, I humbly say that you have a great democratic heritage, which you must uphold with the rest of South Africa. You must enter the new era of freedom not only proud of your past, but proud of the present.

I remember the Gandhi Hall of so Fox Street. This was the venue where freedom was taught. The teachers included Dr A.B. Xuma, Yusuf Dadoo and Monty Naicker, who gave us the 1947 Freedom Pact.

After the historic Freedom Charter was drawn up in Kliptown it was read for the first time in the Gandhi Hall. Apartheid took away the old Gandhi Hall, and the people have given us this new symbol of Peace and with it the remembrance of a man who changed the pattern of thinking in the twenty first century about race and class.

Yesterday the ANC and the S.A. government agreed to renew negotiations. We have established that we, the ANC, want to have freedom for all in this country at all cost but I hasten to add not at any price. Political prisoners have been used as hostages for too long, the question of weapons of death have been addressed in part and the hostels which have been the centres of the low intensity warfare waged against our communities are to be fenced off and phased out.

We will continue to talk and press forward towards an interim government of national unity and a constituent assembly which must be elected by all South Africans. Gandhi pledged 21 years of his life to the development of non-racialism and democracy in our country it is our duty to ensure that we not only remember his deeds but that we emulate and uphold them.

A united, non-racial, non-sexist and democratic South Africa will become the jewel of this planet. We face a bright future not with standing the horrors of apartheid and its violence. We are dedicated to a negotiated settlement and to lasting peace. We call on all those present and those not present to reject apartheid and its past and present supporters. Your place and mine is in the democratic camp to which the Mahatma belonged.

Attaining our liberation cannot be an easy and smooth task. We shall obtain it through our collective efforts. May the new Gandhi hall serve all the people of South Africa and may it serve the cause of Peace, Justice an Reconciliation.

With these thoughts, I have the great pleasure in declaring this Hall named after the Mahatma formally opened. 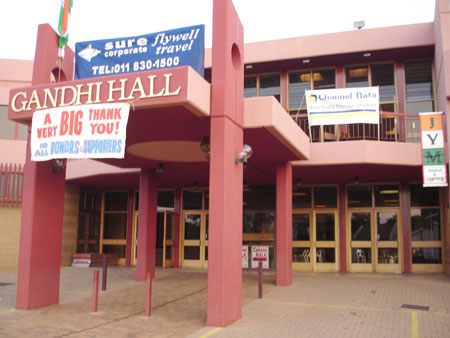 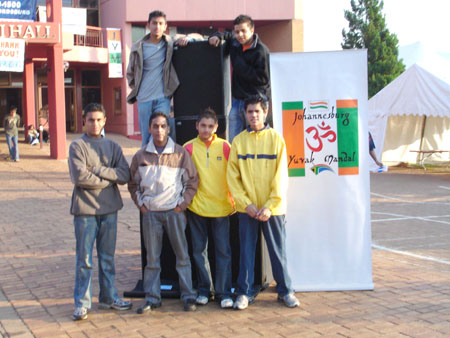 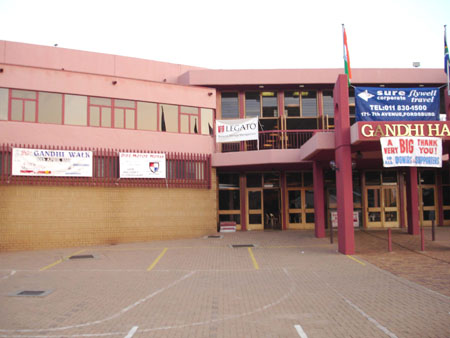 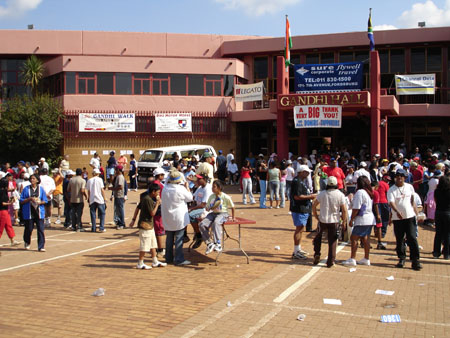 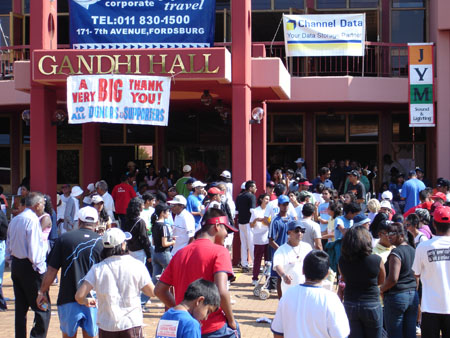 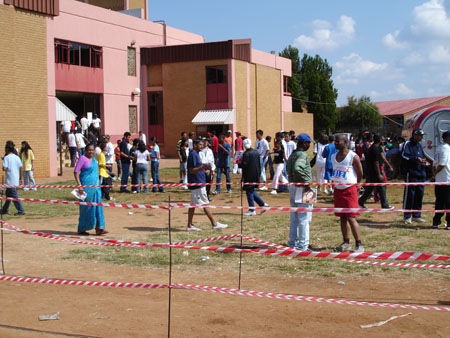