In 1946 moved to Bodali – studied for standard 4 in Bodali – In 1947 joined ‘The Dadabhai Cawasji Tata Anglo Vernacular School (A Parsi School in Navsari) in standard five.

On 12th June 1948 I left India by ss. Kampala in its maiden voyage arriving Mombasa on 29th June.

In Nairobi I joined at standard 7 at Government Indian Primary School.

After passing std 7 I joined Technical High School and chose Bookkeeping as the technical subject.- Completed Senior Cambridge. November 1954 – worked in the vehicle registration dept of Inland Revenue for three months. Chhotu Karadia was my mentor and boss during my time with the dept-

I was offered a job by Maritime Insurance Company. My first pay was Kenya Shs.400 per month, equivalent to about £20 per month.

I left Insurance to work for East African Railways on 1st August 1956 as a stores clerk.

Earlier on in 1958 I joined the Mandhata Mandal, Nairobi. During the time Shree Keshavbhai Bhikhabhai Patel was the President. After 1964 I could not give time to this commitment so withdrew my name at the AGM.

In 1970 my job with the Railways was Africanised. As I had not completed my final exams I had decided not to leave East Africa during the 68/69 exodus. I sent my brother to UK. in 1964 and parents and sisters, in 1968 to UK.

During 1970/71 academic year, I taught book-keeping and costing to mature students at Kenya Polytechnic.

In June 1971 I set for the ICMA final exams and a few days after that we left Kenya for UK.

Arrived in UK on 22nd June 1971 – three weeks in West Bromwich with brother – only job offers were a factory jobs – came to London and stayed with Dahyubhai R Patel – Joined London Transport as Budgets Officer. In August 1972 bought our own house in Alperton.

From then on took active part in Mandhata Mandal as treasurer for many years – persuaded committee to start Gujarati School – then Youth Club – became Youth Leader and kept that up for 20 years- helped create Navsarjan Magazine – played active role in the building of our Centre – became President and then a Trustee.

In 1983 set up Kantha Vibhag Friendship Trust- This Trust organises some 20 charitable programmes in India every year – finance mainly provided by me but in 1987 we got some £25000 of National Lottery Grant.

I reactivated Bodali Seva Mandal UK for regular development work in the Gam by setting up an Endowment Fund – now totalling £60,000.

I also take fairly active part in Mandhata Samaj UK. – Started Youth Festival- was involved in preparing its Charitable Constitution, edited Mandhat Pragati Magazine for many years and served as a Trustee and a convener for a couple of Sub-Committees – Gamonatti, Publication.

I am now stepped aside from active participation in community Associations and hope to devote my spare time to the Community’s website, www.mandhataglobal.com. 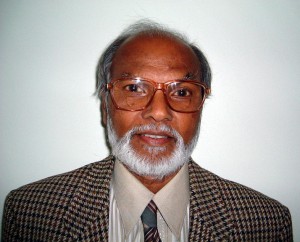